“All the new features and developments linked to our digital road construction solutions ultimately have the same objective: we want to make life easier for planners, construction managers and paving crews and to give them the best possible support by providing reliable, straightforward and transparent information.”

Three-tier modular system for all applications

For some years, Vögele has been offering a three-tier modular system with different functional scopes - RoadScan, WITOS Paving Docu and WITOS Paving Plus. The three tools are designed to suit different requirements and users and some of them can be combined or expanded: the RoadScan non-contacting measuring system enables users to monitor paving temperature across the whole paved area, the WITOS Paving Docu documentation tool records and analyses both machine and process data, whilst the WITOS Paving Plus high-end solution allows all paving processes to be planned and then optimized in real time. Vögele is now upgrading these three solutions by introducing new features with practical extra functions.

The new Jobsite Temp app in combination with the RoadScan temperature measuring system enables users of WITOS Paving Docu and WITOS Paving Plus to view on a mobile basis all the relevant details pertaining to paving temperature on the job site. In addition to viewing paving temperatures in real time, the foreman, for example, can have lots of other data displayed - current pave speed, screed width and paver position, for example. In order to work out where a particular truck is unloading, he can also show positions of trucks including the associated delivery note information. Roller operators have the facility to view their own position and distance from the paver and to define exclusion zones. 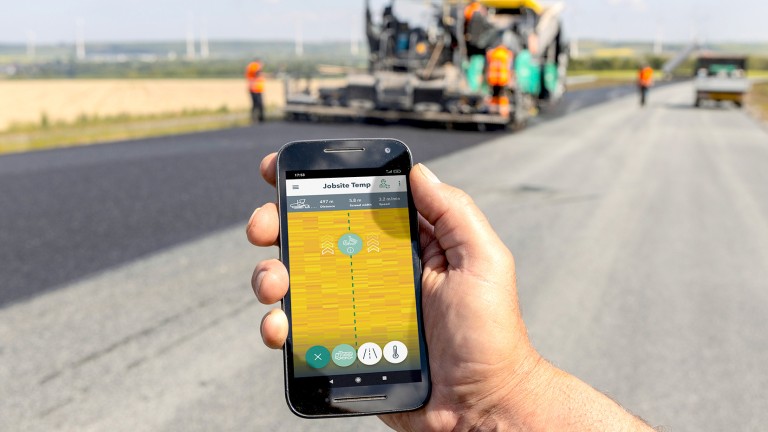 The app can be operated intuitively and easily, something which is important on job sites as they can get hectic from time to time. The app and the paver are networked by WiFi, allowing information to be exchanged between the RoadScan temperature measuring system and a smartphone even when there is no mobile phone signal. To achieve this, the paver sets up a WiFi network with a radius of around 50 to 80 m and acts as a server.

The RoadScan temperature measuring system itself has also been further improved. Moving objects on the job site, which in the past could potentially lead to faults in the thermal image, are detected and corrected automatically. The RoadScan system compares up to four images for a position, enabling it to detect moving obstacles such as those caused by scanning moving rollers, for example. These faulty measurements are removed from the thermal image at once, giving construction managers and paving supervisors a true-to-life overview of paving temperatures.

To enable paver operators and paving supervisors to concentrate even better on paving itself, developers at Vögele have integrated another automatic feature to calibrate the odometer: RoadScan’s GPS receiver and the odometer are now calibrated automatically every 2 m.

Planning and recording is even easier

When it is important to create comprehensive job site documentation, WITOS Paving Docu gives paving crews everything they need. From now on, they also have the option of entering target project values such as target tonnages, paving sections or areas directly in the Jobsite app and of tracking progress. They can also have displayed in the relevant truck history delivery notes from trucks which have already unloaded.

Vögele has furthermore expanded the WITOS Paving Plus process optimization solution and thus made it easier for planners and construction managers to issue calls to tender: once the relevant planning data has been entered in the Control module, they can create a template for a paving and logistics concept and have it output in the form of a document which can be edited. This saves time and effort and yet still gives the individual responsible the option of adding his or her own information or comments. 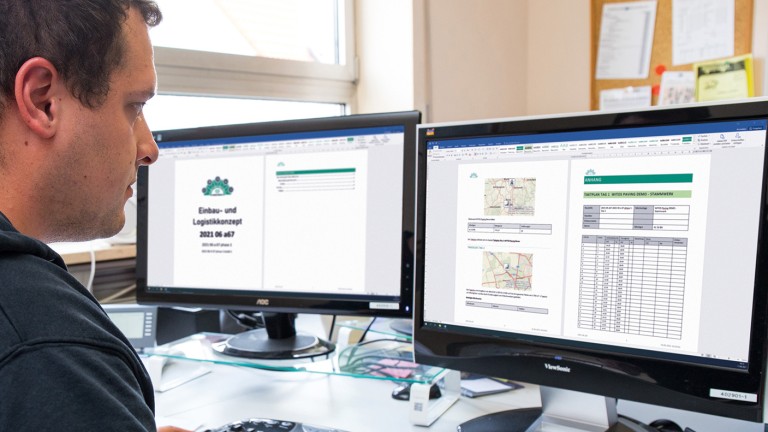 You can find all the background information about WITOS Paving here.